La Palma at a glance

With its sugar and banana plantations and laid-back Spanish culture, La Palma feels more South American than European. Maybe the Caribbean isn’t as far away as you thought!

The lush landscape, enchanting forests and dramatic volcanic landscape of La Palma make it one of the most beautiful islands in the world. The whole island has been declared a UNESCO biosphere reserve.

Heart-shaped La Palma is only 28 miles long and 17 miles at the widest point which makes it one of the smallest of the seven Canary Islands.  It is the least developed, the greenest and, some think, the most visually spectacular.

There is plenty to see and do for the five million tourists who visit every year. Its stunning dark-sand beaches, clear warm seas and eye-catching scenery make for an ultra-sensory experience and a holiday destination that stands out from others.

Temperatures change very little between the seasons and it is an ideal place to escape from the cold of winter. Trade winds and the Gulf Stream ensure that it seldom becomes too hot, even in the peak of summer, and rarely – if ever – gets cold!

The port city of Santa Cruz de la Palma is the island’s capital. It has ferry connections to the mainland and is a popular stop for cruise ships. The narrow, cobbled streets, grand waterfront houses and colourful markets all help to make Santa Cruz one of the prettiest cities of the Canary Islands.

Nature lovers and walking enthusiasts of all levels will be in their element, as there are over 1,000km of footpaths on La Palma, covering a varied landscape of prehistoric forests, deep gorges and imposing volcanoes.

The island’s towns and villages, dotted along the eastern coastline and the western valley, are charming and interesting to visit. The people are relaxed, welcoming and very proud of their lovely green island of the palms.

Where to stay in La Palma 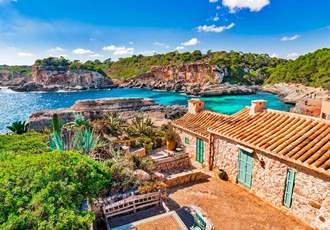 This little gem is fantastic for those who enjoy outdoor activities. 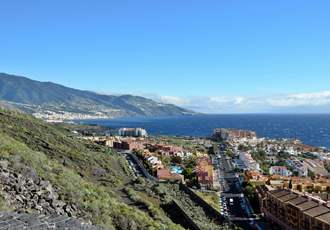 This is the perfect resort for beach lovers who enjoy lazy days in the sun. 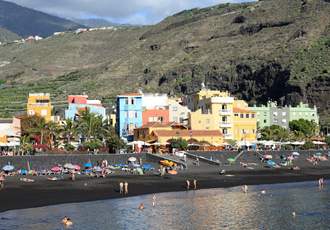 Playa de Tazacorte, known to be the warmest place on the island. 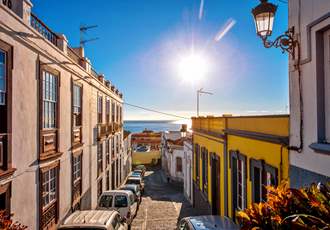 Santa Cruz de La Palma is one of the most picturesque towns in La Palma. 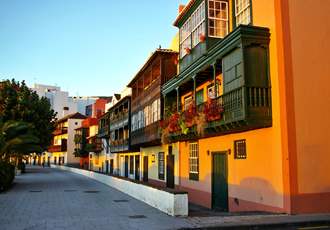 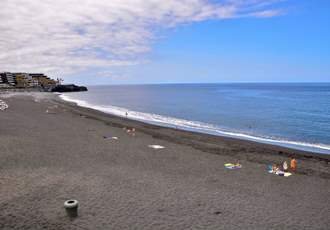 A good base for sunlovers who want easy access to the north and interior. 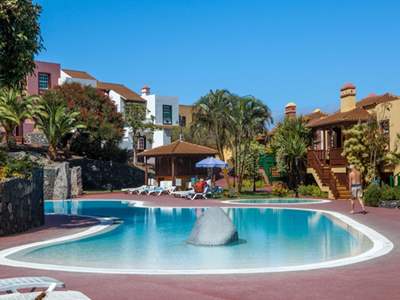 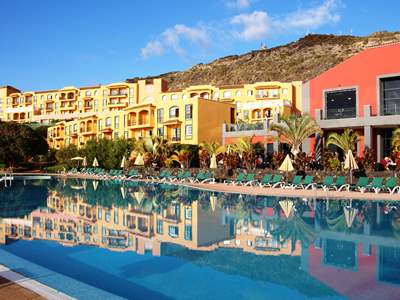 La Palma enjoys year-round spring-like weather and little seasonal variation. The island’s resorts can expect nine or 10 hours of sunshine per day in the summer months with temperatures of between 22 and 27 deg C. Rain is rare on the coast in the summer.

At Christmas and New Year the sun likely to shine for six hours a day and temperatures will reach 22 deg C.

Spring and autumn offer mild conditions, ideal for hiking, with generally clear skies and warm temperatures. As a lush, green island it does have more wet weather than some of the other Canary Islands.

October to February are usually the wettest months with the inland mountain slopes getting more rain. The highest mountain tops may see some snow.

Winter visitors seeking the best of the sun should head for the western coast, where the weather is drier and warmer throughout the year. A jumper or jacket may still be needed in the evenings.

Santa Cruz de la Palma holds a unique carnival (more like a wild party) in February, called Los Indianos.  On the Monday before Shrove Tuesday (or Mardi Gras), thousands of locals and visitors dress in white suits or colonial costumes and throw talcum powder over each other to celebrate the return of Los Indianos. They were emigrants who, many years ago, came back from South America, bringing with them great wealth.

The carnival also features a parade through the city, sugar-cane mojitos, and live Cuban music.

There are numerous other fiestas held in the towns and villages across La Palma throughout the year that welcome visitors with open arms (and sometimes talcum powder).

In July/August, La Bajada de la Virgen de Las Nieves (the Descent of the Virgin of the Snows) festival takes place, with street parties and entertainment in several villages.

In November, there is the Fiesta de San Martin, a celebration of the grape harvest season. Many wine cellars are opened up for visitors to sample the wines and other local delicacies.

Tazacorte holds the annual festival San Miguel in September to worship the island’s patron saint. This includes more street celebrations, exhibitions and the exuberant, colourful ‘dance of the Fufo horses’ (in which highly decorated hobby horses are ridden through the streets!).

Car hire: La Palma has a good road network and is best explored by car, particularly the more rural and remote areas. There are numerous car hire companies.

Bike hire: No need to take your bike with you – mountain bike hire shops can be found in numerous locations, particularly near the main biking trails.

Buses: Buses link all the main towns and are particularly good from the capital Santa Cruz. There is a reasonably priced island-wide ticket system in place.

Ferries: You can get from La Palma to most of the Canary Islands and southern Spain. Tenerife and La Gomera are the closest islands, therefore fast crossings are provided almost every day. However, travelling from Lanzarote and Gran Canaria takes a little longer, with just a couple of sailings each week. 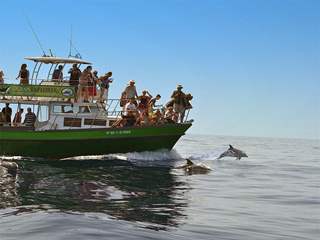 A sea safari provides an exciting chance to see whales and dolphins in their natural environment – breathtaking. 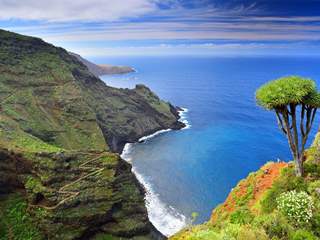 Be a time traveller and enjoy the secrets of La Palma’s strange rock art.

Black is the new yellow! You won’t find golden stretches of sand on La Palma. Its volcanic origins mean that its beaches are made up of black or dark-grey sand.  Never mind the colour of the sand, La Palma has some lovely beaches.  Discover our favourites in our La Palma beach guide.