Save up to an extra £200 per person using promo codes RETURN50, RETURN100 and ISLAND200, plus enjoy exclusive upgrades and £1 coach transfers View Details 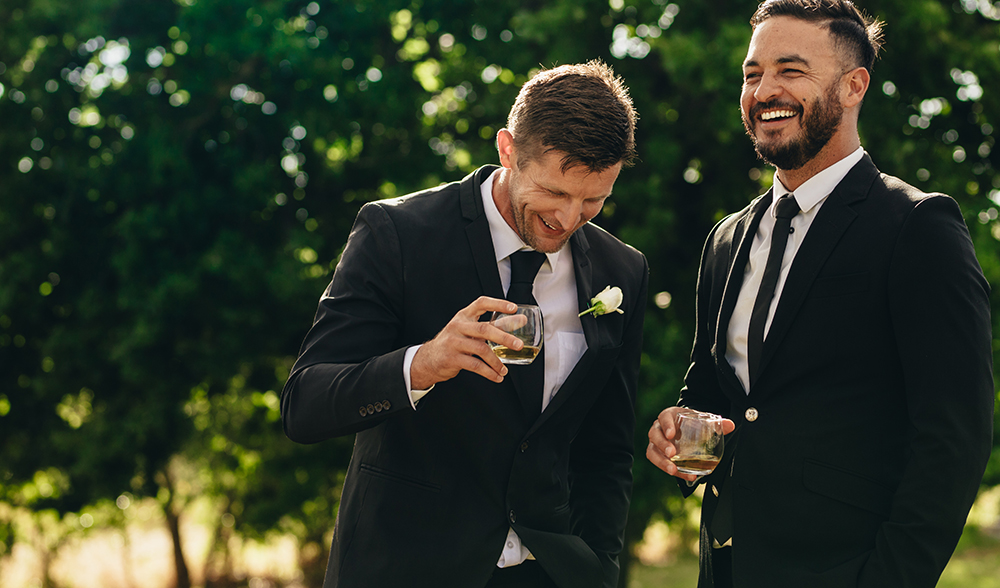 So, how far can you trust your best man?

He must be sensible enough to avert disaster on the stag night and sensitive enough to censor the embarrassing stories during his speech.

But is his hand steady enough to give the groom a wet shave before the ceremony? That’s one of the traditional roles of a Cypriot ‘Koumbaros’, while the equivalent of a maid of honour, the Koubara, helps the bride’s preparations.

If the idea of letting your best mate loose with a razor before you greet your beloved only increases the wedding nerves, there are plenty of less intimidating Greek and Cypriot traditions that can be taken up to enhance the ceremony’s Mediterranean spirit. Would you let the groom choose your bouquet?

The groom may take responsibility for choosing the bouquet, handing it to the bride at the ceremony, while guests might pin more money to the couple’s clothes during their first dance.

Greek ceremonies usually include the lighting of two tall candles, known as Lambades, and the couple wear Stefana, small, decorated rings or crowns placed on their heads by the best man and maid of honour and then swapped over three times.

The crowns can be made of anything pretty such as white metal or flowers and are connected by a long ribbon. At the end of the ceremony the officiator will remove the crowns and tie them together with the ribbon, symbolising that the couple must stay together forever. Some Greek brides will find cash, or a gold coin, in their shoes on the wedding day. This is traditionally placed by the groom, with the money kept in the shoes all day to symbolise ‘walking in wealth’ from that moment on.

The money is often tossed on the matrimonial bed by friends and family the day before the wedding. The unmarried ladies perform the ‘bed making’ and a child is rolled on top of the bed for fertility.

Music, often from violinists, can serenade the bride as she prepares – a ritual which can include writing the names of her single friends on her shoes, with the idea that the first (or last) to rub off during the day will be the next to marry.

If musicians attend the bride, they can walk with her and her family and supporters to the wedding venue (typical cost around 250 euros). As the couple leave the venue, guests will throw rice or, in Greece, perhaps rose petals and sugared almonds. These can be in a large basket from which guests take a handful or individual pouches.

The couple, their parents and Koubaree will then form a ‘receiving line’ to shake hands with the guests, who bid them “Na Zisete” – May you live for each other.

Receptions for Greek and Cypriot couples are often held in a traditional tavern, rather than a hotel, with a band or DJ – local Kantades musicians may wander among the guests – and possibly with Greek dancers.

The well-known plate-smashing tradition is typical of Greece, but not of Cyprus, and the practice with wedding cakes – usually a lighter sponge, rather than rich fruit – is to eat it after the meal, rather than the British tendency to take a piece home in a box.

Guests are offered sugared almonds to represent prosperity, health, joy, fertility and longevity. Giving an odd number, such as five, represents the long-lasting union of the couple. In Zakynthos it is tradition to give each guest a piece of Mandolato (locally-produced nougat) to share the sweetness of their marriage.