Are Ibiza's clubs the best in the world?

How else could Ibiza’s clubbing season start in May but with parties. Big parties. And the Ibiza clubs have plenty of practice in running them because every night is party night – right through until September.

It’s been like that for decades, and they still seem able to get the atmosphere right. Hi Ibiza won the International Nightlife Association’s global club award in 2018. Then it won it again in 2019, when eight other Ibiza clubs were in the list of 100 best clubs in the world. Among them was Ushuaia, third in 2019 and second in 2018.

Several other clubs have won the “top world club” award over the years.  Amnesia, which first opened as a disco in the 70s, was world champion three years running.  Space Ibiza has won the same award.

The themes change, the DJs change, the music changes. Visitors find whatever kind of electronic music they want to dance to. Big name DJs fly in from around the world to do celebrity gigs. The cosmopolitan mix of clubbers also flock in to rave the nights away - or the days, if preferred.

Some clubs open soon after the all-night clubs have closed. Then there’s Bora Bora, a beach club where guests dance all day on the sand, or if the energetic don’t want to recover on the beach they can go on the sea in a crazy party boat.

There are big clubs.  Privilege, one of the first to open, is now capable of fitting 10,000 people around its pool and holds the Guinness Book of Records title as biggest club in the world.  Amnesia can hold 5,000. Others are smaller, cooler, maybe even quieter. Some clubs have restaurants too.

Pacha, which opened in 1973 as Ibiza’s first modern-style dance club, is still going strong and stays open all year round.  An increasing number of holiday-trade businesses are staying open as Ibiza markets itself as a year-round destination. But most clubs still close in September.

And then, of course, there are the farewell closing parties.

Discover Paradise on the Pelion Peninsula 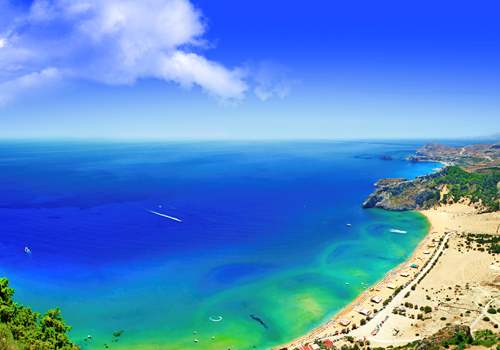