Cyprus at a glance

It should come as no surprise that there is so much to love about Cyprus. After all, legend claims it was the home of Aphrodite, goddess of love, beauty and pleasure.

But it was more than three thousand years ago when the islanders worshipped the lovely goddess who they believed walked out of the foam and on to their shores.

So what is there to love about Cyprus today? It’s a Mediterranean paradise. It has Europe’s most southerly city. It’s where the Middle East and Europe merge. And there are things to enjoy all year round.

The climate means you can ski there in the winter, have fun in February at street-party carnivals, cycle, hike or play golf almost any time. Enjoy cloudless skies and fabulously warm, clear seas in a summer that sprawls over five sunny months.

Let’s start the way Aphrodite did – on the beach. There are hundreds of them. Unending stretches of gorgeous golden sand and tiny tucked-away coves. Getting on for 200 of them have facilities such as water sports, sunbeds and cafes.

There are many diverse towns on this island of huge contrasts. Paphos, a former European Capital of Culture, birthplace of Aphrodite and bursting with ancient history, is the top tourist destination on the spectacular west coast.

Limassol (also called Lemesos) was once the home of Richard the Lionheart and is the tourist heart of the beautiful south coast. Ayia Napa, is the club and party capital on the east coast, famous for magnificent white-sand beaches. And there are many more towns and resorts to experience.

Yes, the tourist hotspots can be busy in the peak summer weeks but one of the beauties of Cyprus is you don’t have to travel far to be somewhere completely different.

Explore stunning countryside and charming villages. Forests and olive groves cover the slopes of majestic Troodos Mountains, the island’s green heart. Quieter bays and beaches are waiting to be discovered. Trace the tumultuous history through the castles, churches and archaeological ruins that are everywhere.

Which brings us back to Aphrodite’s Cyprus where the perfect setting can be found for weddings, honeymoons - and romantics. Myth or mystery, there’s something to love about Aphrodite’s magnificent island. 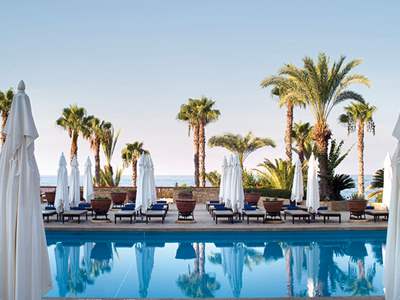 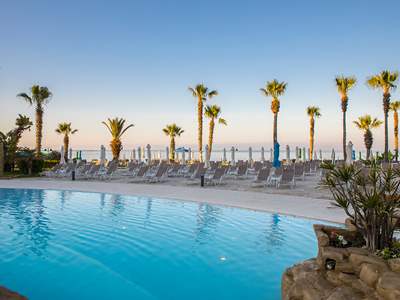 Weather in Cyprus is like the island itself – it has something special to offer all year round.  Long, dry summers and mild winters. Lots of sunshine and lovely Mediterranean-blue skies at any time. Temperatures can soar into the 30s in the summer and be pleasant enough for sunbathing in the winter. There’s skiing in the mountains in January and February (sometimes longer) while an hour’s drive away people are on the beach.

It’s said that the Mediterranean climate is warmer all year round in Cyprus than anywhere else in the EU. The average daytime temperature on the coast is 24 degrees Centigrade.

In June the Kataklyomos Festival in Larnaca celebrates Noah’s survival of the Great Flood with a day of water sports and an evening of concerts. A four-day feast of music, dancing, theatre and exhibitions is enjoyed at the Ayia Napa International Festival in the last week of September, the 36th year it’s been held.  These are the months when the weather should still be perfect but the towns, roads, beaches and other attractions are quieter. An Aphrodite opera festival is held under the stars at Paphos Castle every September.

April, May, October and November are perfect for walkers, cyclists and other outdoor sport fans – still pleasantly warm in the day but noticeably chillier in the evenings. The island organises an annual walking festival in March with guided walks along nature trails in mountains and forests and along the coast.

About three-quarters of the total rainfall is in December, January and February, much of it in the mountains. Officially it’s winter but much of the time it’s more like autumn or early spring to British visitors with an average of six hours’ sunshine a day.

It’s warm enough for the island to go carnival crazy at the end of February. The biggest and best is the colourful grand parade in Limassol. Cross-country bikers have been going to Cyprus in February for years to compete in the island’s famous Sunshine Cup race. And flamingos start to touch down on Larnaca’s salt lake.

On the coolest days, the temperature will average about 10 degrees, but colder in the Troodos Mountains where the ski centre expects to be in business for the first three months of the year. An international skiing competition is held on Mount Olympus in early March.

Car hire: Cyprus is one of three countries in Europe, apart from the UK, where traffic drives on the left. There are good, if steep and twisty, roads into the picturesque mountains and villages. Car rental businesses can be found all over the island.

Buses: Bus services link all resorts, towns and most villages in Cyprus. Fares are lower than in the UK and many of the vehicles used are air conditioned.

Taxis: Mostly large and luxurious Mercedes cars which can be flagged down, found on ranks or booked in advance. Fares go up after 8.30pm. A shared taxi service that operates in some towns can be booked the same ways. There are two uber-style apps, nTaxi and Bolt. 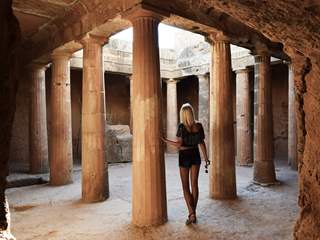 Tomb of the Kings – ancient city of the dead in Paphos

Discover an unexpected surprise at the remarkable Tombs of the Kings, a World Heritage Site from the era of Alexander the Great that overlooks the sea at Paphos in Cyprus. 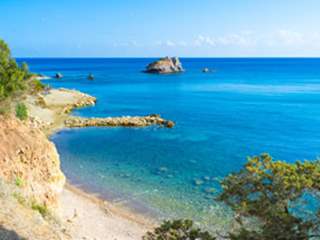 Baths of Aphrodite in Cyprus – a cool grotto bathed in mythology

Said to be where the Goddess of Love went to bathe, the Baths of Aphrodite just outside of Paphos, Cyprus boast incredible scenery, glorious views and is engulfed by a magical history. 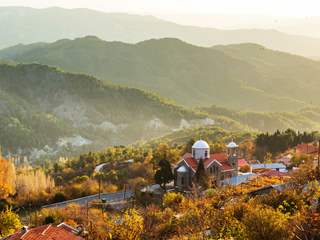 Picture postcard villages and soaring summits in the Troodos Mountains

There’s something for everyone all year round in the spectacular Troodos Mountains in Cyprus that are criss-crossed with rivers, roads and off-track trails. 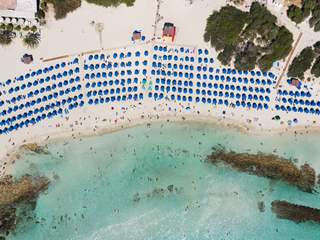 Why people say beautiful Makronissos Beach is the best in Cyprus

The fine sandy beaches and crystal-clear sea of the historic Makronissos headland near Ayia Napa make it one of the most popular places to relax in the Cyprus sun. 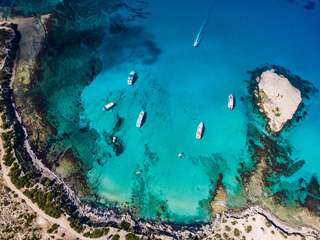 The warm, clear, azure sea makes the Blue Lagoon on the wild Akamas Peninsula a must-visit natural swimming pool for holidaymakers in Cyprus. 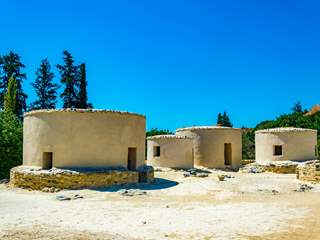 Archaeologists still have a big question to answer about what happened in a Neolithic village near Larnaca in Cyprus thousands of years ago. 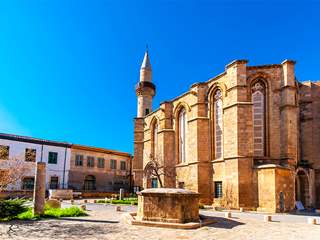 Nicosia (Lefkosia) is the last remaining divided City in the world and remains a key strategic City within the region. According to Greek mythology, Nicosia was a siren and daughter of Acheloos, and Melpomene and its name translates as the “City of White Gods” and today it offers a buzzing Cosmopolitan feel where history is very evident as a result of various architectural influences over the centuries and combines seamlessly with the modern world. Key landmarks and attractions include Makariou Avenue and Ledra Street where you can access a viewing point with views across to the North of the island and a crossing point which was opened in 2008 to allow foot access to the northern occupied part of the island. Boutique shops, bars and restaurants are plentiful and a strong recommendation for a day or evening visit. 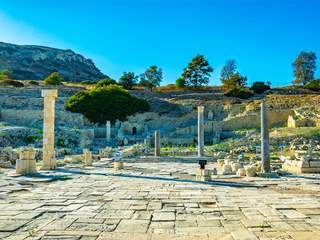 Originally built between the ancient cities of Amathus & Kourion, who’s ruins remain popular attractions, Limassol has been transformed into a modern Cosmopolitan town and port yet remains one of the richest archaeological sites on the island, combined with a modern Marina and rejuvenated Old Town of Limassol, where you will find Limassol Castle where Richard the Lionheart married Berengaria of Navarre and crowned her Queen of England in 1191, mixed with trendy bars and restaurants as well as Boutique shops, without a doubt there are lots to see and experience in Limassol itself and the surrounding villages.

Why is Cyprus described as a divided island?

There is a border between the Independent Republic of Cyprus, the main tourism area, and Turkish Northern Cyprus. Crossing this “green line” border was strictly controlled until 2003 when more crossing points were opened. This has resulted in tension easing after many decades of conflict. The euro is the currency for the republic, which is part of the EU. The Turkish lira is used in Northern Cyprus. Excursions take visitors on sightseeing trips across the border.

Did Cyprus used to be a British colony?

A 19th century deal between Britain and Turkey led to Cyprus becoming a British protectorate. It remained as a Crown colony until Cyprus became independent in 1960. Two military bases that were permitted by the independence agreement are still in use and more than 3,000 Army, Navy and RAF personnel are stationed there.

Is Cyprus a Greek island?

No, it is an independent republic but it feels much like a Greek island when you visit.  Greece is the official language (although English is widely spoken), meze is a popular meal and the Greek Orthodox Church the main religion. The Greek connection goes back about 2,500 years to the empire building era of Alexander the Great. Since then Cyprus has survived the Romans, Arabs, Byzantines, Turks and the British - but the Greek culture remained.

Where to stay in Cyprus 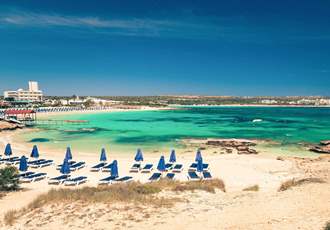 Once a small fishing village, Ayia Napa has grown into a world-famous resort that boasts sophisticated cultural venues as well as hedonistic clubs. A much loved destination for all ages and perfect for families too. 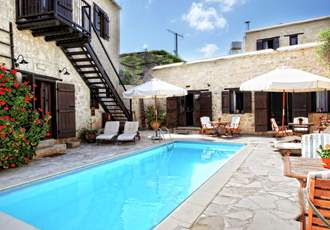 This secluded haven will deliver a typically warm Cypriot welcome. Relax In peace and tranquillity in an unbeatably chilled out destination. You might never want to leave. 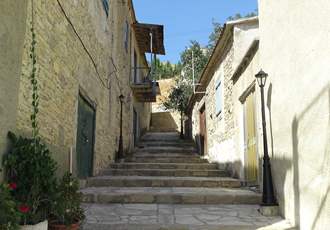 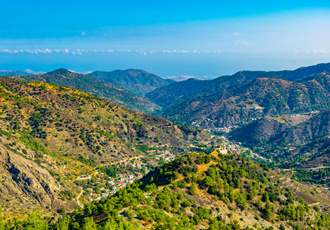 Experience traditional village life in one of the most beautiful villages in Cyprus, in the midst of the breathtaking Troodos mountains. 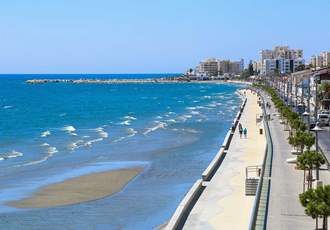 See and be seen on holidays to Larnaca as you stroll the famous two mile promenade along the delightful town beach. Perfectly positioned for exploring the island’s spectacular interior, you’ll be spoilt for choice with all the fabulous blue flag beaches and sp… 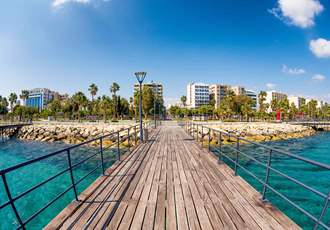 Lively and cosmopolitan Limassol is a popular seaside resort with a sandy coastline and tavernas, bars, shops and restaurants aplenty. Enjoy the buzzing nightlife of this modern resort, chill out among the labyrinth of little cobbled streets in the Old Town an… 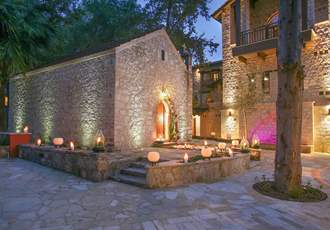 Relax away from the crowds on holidays to Miliou. If you’re looking for something different from your average Mediterranean beach resort, then Miliou Village could be the answer to your dreams. The historical seaside town of Paphos is perfect for sun worshippers, culture seekers and nature lovers alike. You’ll love the sandy beach at Coral Bay, find plenty to explore in the delightful surrounding areas and can lap up the history and culture of the ar… 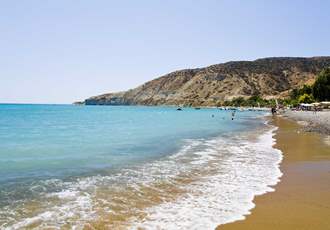 This attractive, quiet rural resort is ideally located for those who wish to escape the crowds yet enjoy getting out and about exploring. 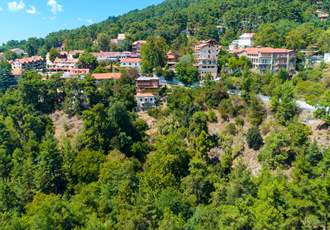 Set in the Troodos mountains this charming town offers the opportunity to enjoy traditional Cypriot life as well as a number of scenic nature trails. 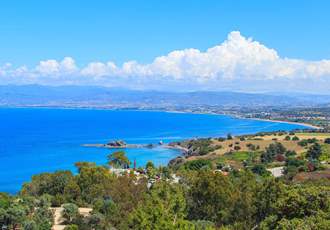 Set on the edge of the beautiful Akamas National Park, discover the picturesque fishing village of Latchi. Just four kilometres away is the quiet rural town of Polis where you can experience the 'real' Cyprus. 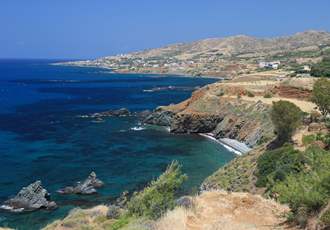 The seaside village of Pomos is a place like no other. With views all around of mountains and the ocean, it's the place to be for a relaxing Cypriot holiday. 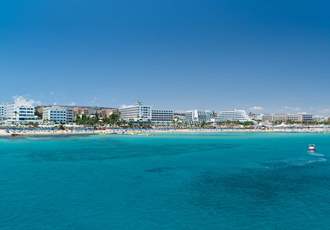 The popular, family-oriented resort of Protaras has some of the best sandy beaches in Cyprus. Take advantage of the crystal clear waters and enjoy the many watersports on offer.