Artist John Craxton, who spent many years of his life in Crete, charmed everyone he met, including naturalist Sir David Attenborough.

Sir David, who is a keen art collector, first came across John Craxton’s work in the late 1940s. He had just left the Navy and was working as a publisher’s editorial assistant. Sir David said: “I was looking after illustrations and picked up the book called A Poet’s Eye.

“What pictures they were! What power they had! These were images of the English landscape in a way I had never seen before. I wondered who on earth the artist could be.

“I discovered it was John Craxton, who was born into a Bohemian, musical family. His father Harold was a professor at the Royal Academy of Music and his sister Janet a distinguished oboist.”

Many years later, Sir David was walking along the Fulham Road, in London, when he passed a small gallery displaying what was ‘unmistakably Craxton’.

The gallery owner, Christopher Hull, told Sir David he had found Craxton in Crete. Sir David said: “John was in financial trouble and Hull had told him ‘I can get you out of this if you allow me to take regular groups of paintings’ – and that was how I was able to buy some paintings to start with.”

"In Crete, John learned what he described as a very salutary lesson for a painter – that life is more important than art. And he certainly relished life to the full. He enjoyed riding across Europe between Crete and London on his Triumph Tiger motorcycle"

He added: “In Crete, John learned what he described as a very salutary lesson for a painter – that life is more important than art. And he certainly relished life to the full. He enjoyed riding across Europe between Crete and London on his Triumph Tiger motorcycle.”

Over the years Sir David and Craxton became great friends. Sir David said: “I visited John in Crete and we would go to parties, ride round looking at churches and he would take me to see a gorge, not the famous one at Samaria, but one that was off the beaten track. He painted it over and over again, year after year.

“However, I never saw John put paint on canvas. It was something he did in private. I saw him sketch, but never paint.”

Sir David happily shares memories about staying in Craxton’s ‘derelict’ home in Chania, a 17th century Venetian property which is now in the care of the Craxton trustees. 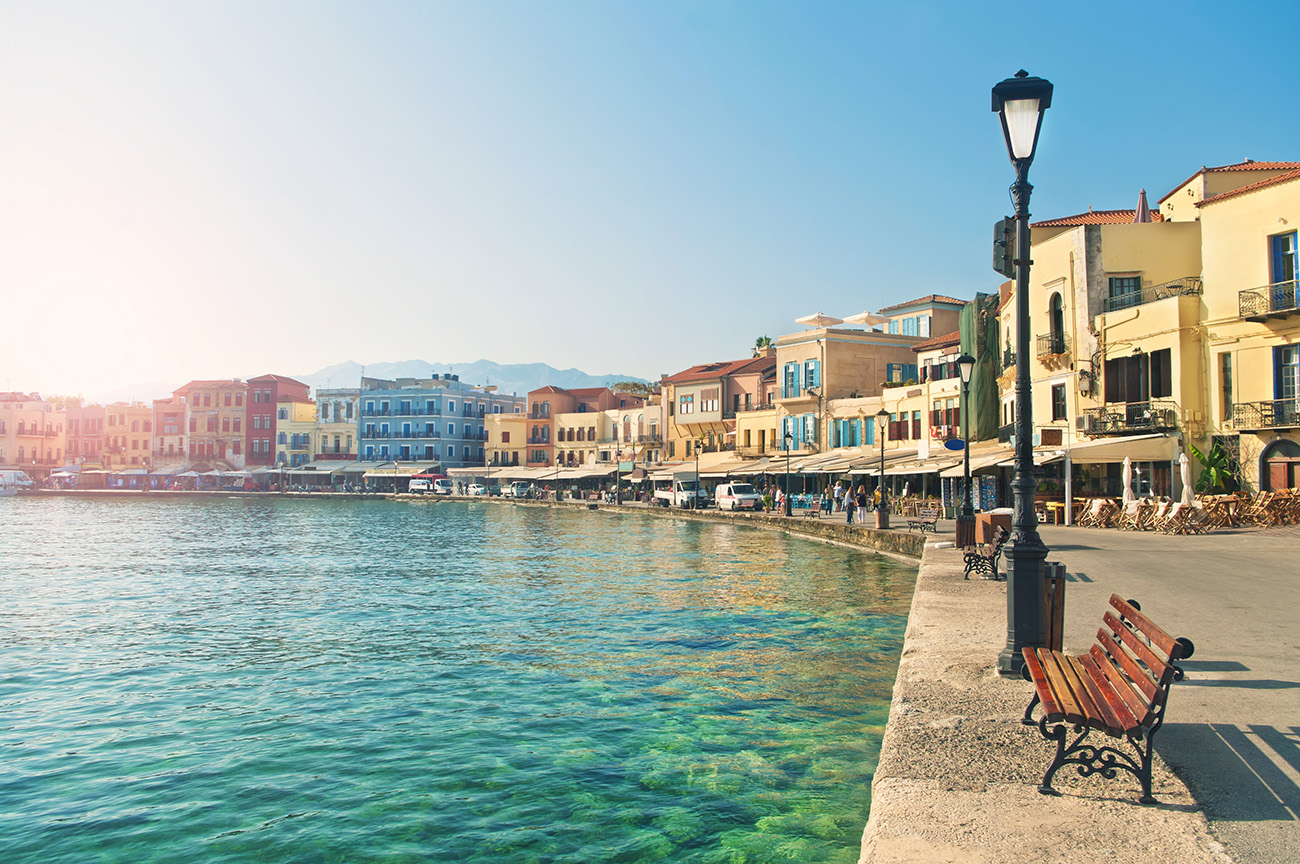 He said: “John loved life and he loved food. We  would go down to  the harbour-side and  eat a plate of boiled  sea creatures, that even I, who is meant to know about these things, found hard to identify.

“I would try to see if these creatures had a backbone!

“In Greece, John found himself, there was a huge release; the landscape and people became the marrow of his bones. He found sunshine, he found happiness and his paintings show joy and pleasure.

“Joy is rather an old-fashioned word these days, but my goodness, it’s precious.”