The Top 10 Must Visits in Limassol

The changing face of Cyprus holidays, Limassol is an area that has been utterly transformed in recent years to become one of the most popular seaside resorts on the island. With an updated marina surrounded by stylish restaurants, bars and shopping options, Limassol boasts a cosmopolitan edge that engulfs the entire area with a buzzing atmosphere, but it’s also the place where old meets new. While the modern flair is on one side of the spectrum, on the other, beyond the promenade is where you’ll find plenty of history and culture from charming 19th-century houses and imposing castles to fascinating museums and interesting ancient ruins. With so much to do, creating an itinerary may be a little tricky so we’ve done the heavy lifting and compiled a list of must-visits in Limassol that you shouldn’t miss out on.

Dating back to 1961 to commemorate the island’s independence, the Limassol Wine Festival has become an established annual event in the Cypriot calendar with people coming from near and far to partake in the entertaining festivities. The festival takes place in Limassol Municipal Gardens which is on the east side of the town near the sea. After paying a small entrance fee, you’ll be one of the many thousands of people who gather to embrace the electric atmosphere and indulge on discounted Cypriot wine, delicious local dishes and delight in local dances, songs and theatrical performances. The festival occurs each year at the end of August through to September for a two week period.

Lovers of the Medieval period will be in their element at the majestic Limassol Castle. Located close to the harbour, the Cypriot landmark was built during the Ottoman rule with additional archaeological findings pointing to other monumental periods in history. According to legend, the castle is where Richard the Lionheart married Berengaria of Navarre and crowned her Queen of England in 1911. Nowadays, Limassol Castle is more a tourist hotspot than a wedding venue, with thousands of visitors knocking on the fort’s door all year round. While it may look small from the outside, there’s plenty to see inside. As well as winding staircases and dark dungeons, the grounds house the Medieval Museum of Cyprus, displaying fascinating pottery, medieval weapons, coats of arms, tombstones and carvings.

The beach that has it all! Dasoudi Beach is Blue Flag certified and situated in the heart of Limassol’s town centre. Stretching for a kilometre, despite being close to the city, the sands are surrounded by rich verdant greenery that stretches all the way down to the sandy coast. The long length on the beach means that you can choose your preference of being shaded by the trees of the grove or opt for a traditional sunbed and umbrella while the waters are shallow and calm, perfect for those visiting the beach with young children. Budding and experienced divers will find two artificial reefs just off the coast, and there are plenty of options for watersports on Dasoudi including jet-skiing, parasailing and windsurfing. If all that excitement has worked up your appetite, you won’t have to go far to satisfy your hunger.

Are you ready to shop until you drop? If your credit card is burning a hole in your pocket, head to MY MALL in the heart of Limassol, a modern shopping centre that has been established as one of the leading retail destinations in Cyprus. The mall is filled with high street favourites such as Zara, Mango and Pull and Bear but the architecture boasts a Greek temple-like structure to remind you that you’re surrounded by Grecian authenticity. In addition to high street fashion, there are plenty of leisure and entertainment options including a bowling alley, an ice rink, an arcade and a soft play area for younger children.

Whether you’re seeking thrills and spills or relaxation under the summer sunshine, Fasouri Watermania is the ultimate day out for all the family. Currently, it is the biggest waterpark in Cyprus in both size and number of attractions and facilities thus attracting thousands of locals and tourist visitors every year. Younger ones will love the likes of the baby bungee swings and rainbow splash while the extreme black holes, the kamikaze slide and the Tarzan swing are perfect for those with a craving for adrenaline. If you’ve worked up an appetite, rejuvenate at one of the nine food and beverage outlets which cater for every taste – oh, and there’s even a Fish Spa where you can exfoliate your feet and a tattoo parlour where children will delight in choosing their own temporary ink! Fasouri Watermania certainly shouldn’t be missed…

You can't leave Limassol without admiring a spot of nature and it doesn't get any more beautiful than the Troodos Mountains. The largest mountain range in Cyprus, visitors of this majestic landmark will be in awe of its sheer beauty, with its highest peak reaching 1,952 metres (Mount Olympus). A 45-minute journey from the centre of Limassol will take you to the base of the mountains, which intriguingly change state depending on the season. In winter, the peaks are snow-capped, turning the whole area into a winter wonderland where you can be up to your knees in soft snow and surrounded by picturesque villages clinging to terraced hill slopes. If you're looking to catch a tan, visit in the summer for unobstructed access to the sun and a gentle mountain breeze to cool you down.

What’s a holiday to Cyprus without a culture fix or two? It doesn’t get more historical than the incredible Amathus Ruins, an archaeological UNESCO World Heritage Site that is located 11 kilometres east from the centre of Limassol. The monument is considered one of the most important ancient sites in Cyprus and dates back to 1100 BC before it was destroyed and abandoned during the 7th century AD as a result of Arab invasions. The Amathus Ruins include the ruins of the Temple of Aphrodite and the tombs from the early Iron Age period of Graeco-Phoenician and was the founding place for the world’s largest stone vase which is now located in Paris at the Louvre Museum. Visitors and tourists can enjoy their walk around the ancient site by viewing rare archaeological treasures that have been buried for centuries or embark on a guided tour with one of the many companies offering an in-depth verbal history as you admire the site. Oh, the Amathus Ruins are a lot larger than they first appear so don’t forget to lace up your walking shoes and come armed with plenty of water to keep you hydrated in the heat.

Let’s face it – you’re never too old for a trip to the zoo. Fully renovated in 2012, Limassol Zoo is one of the biggest in Europe and boasts specially designed natural-looking habitats for animals of all types, a modern educational centre with regular feedings and tours and, of course, plenty of fascinating creatures for you to get up close and personal with. Wander around the expansive complex and spot your favourite animals, all of which are excellently taken care of; Limassol Zoo collaborates with other zoos to conduct research in protecting, breeding and releasing species at risk of extinction into the wild. Make a day of it and refuel with a pitstop at the Flamingo Cafeteria to satisfy your hunger which faces a beautiful view towards the sea, greenery and flamingos. If you’re visiting with young children, be sure to stop by the Farm Corner where petting mini goats and sheep will provide the whole family with unforgettable memories.

The beating heart of Limassol, the place where the party starts, the ultimate trendy spot… Limassol Marina is where your holiday begins. Opened in June 2014 with an estimated cost of €300 million, the marina is now the centre hub of all activity in Limassol, featuring stylish cafés and restaurants as well as a picturesque pier, perfect for a romantic stroll by the water to admire the shimmering view and the company of a loved one. If you’re a fan of meze, the authentic tavernas won’t disappoint – the blue and white checked tablecloths and bottles of ouzo will make you think you’ve stepped straight into a fairy-tale. Delight in a selection of Cypriot tapas such as olives, halloumi, skewered meats and stuffed vine leaves as you’re serenaded tableside by a bouzouki player and washing it all down with a brandy sour, Cyprus’s national drink. The design of the marina is based on a combination of the Marina of Monte Carlo and Port Grimaund in St Tropez, and, with easy access to the Old Town of Limassol, guests can expect the modern landmark to blend the history of the resort with the new contemporary era.

Set up camp at one of the most famous and beautiful beaches in Cyprus, Lady’s Mile Beach. Four kilometres of grey-green sand and crystal-clear waters are your first impression, followed by an admiration of the breath-taking natural environment and the exotic island-style restaurants and vibrant beach bars. By day, expect an unforgettable beach experience as the blue sky becomes one with the sea and you while away the hours lounging on the sands, paddling in the shallows or, if you’re more of an adventure seeker, trying your hand at watersports or enjoying the inflatable waterpark for a different kind of fun. As the sun begins to set, the beach is transformed by the magic of the moonlight. Fall in love with the starry sky to the backdrop of soothing music as you indulge in delicious food at one of the waterfront restaurants or an ice-cold beer or tropical cocktail at the bar. It doesn’t get any better than this!

When it comes to the best of both worlds, nowhere quite does it better than Limassol. A resort of contrasts from the family-friendly attractions and the buzzing nightlife, to the cosmopolitan atmosphere and the fascinating ancient history, Limassol ticks every box for an unforgettable getaway. There’s just one thing you need to remember – Olympic Holidays is on hand for every holiday need you have and is just one click away. 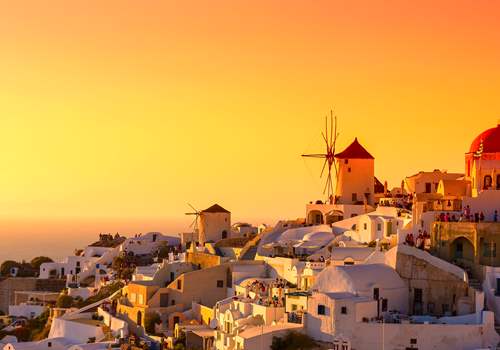 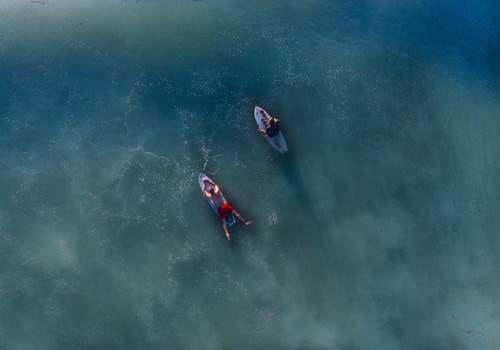 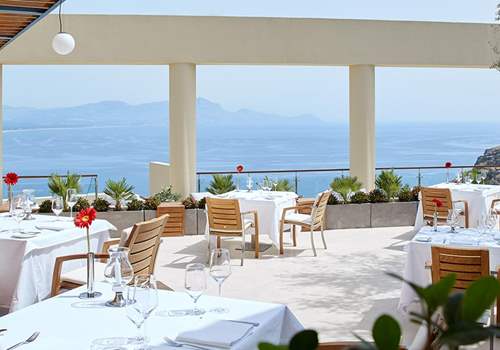 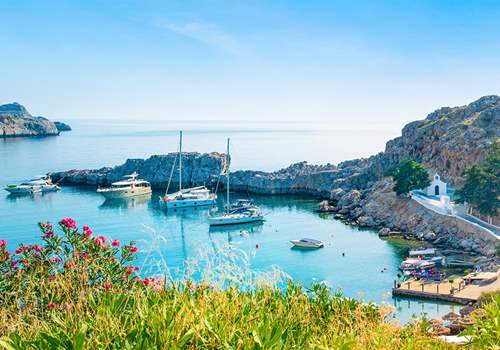 Rhodes: Welcome to our home
⇧