If you love Greece, an adoration for Malta is inevitable. While the beaches beckon in both and the Mediterranean climate calls your name, each has its own distinct history, cuisines and cultures that set them apart. Malta is on the smaller side compared to Greece, but it certainly packs a mighty punch. The island’s many highlights attract visitors of every kind, from the culture vultures and the history lovers to the adventurous foodies and the sun seekers, and, at just a three-hour flight from the UK, paradise is never too far away. So think about the things you love about Greece the most and allow Olympic Holidays to convince you that Malta is just as delightful – don’t worry, we won’t say that we told you so…

…Luxury in Santorini, try a five-star experience in Valletta

All of the islands on Greece have the ‘wow’ factor, but nowhere makes your jaw drop quite like Santorini. Elegance and beauty effortlessly come to life amongst the blue-domed roofs and the sugar-cube-white houses, all illuminated by the fiery orange of the warm Oia sunset across the caldera. Santorini is a popular choice for weddings, honeymoons and romantic escapes thanks to its many luxurious hotels that provide magnificent views of the sparkling Aegean Sea, top-notch hospitality and memorable moments that are certain to last a lifetime.

Valletta, Malta’s modern and cosmopolitan capital, provides the same experience. A fabulous example of traditional Maltese style baroque architecture with fascinating archaeological sites and gorgeous buildings, after a day of exploring, there’s no better place to rest your head than the city’s selection of exceptional five-star hotels. Grand Hotel Excelsior and The Phoenicia Malta are our top choices, both boasting magnificent décor, ideal locations and stellar facilities for the perfect holiday in Valletta.

Crystal-clear waters are one of the best things about the Mediterranean, perfect for simply admiring as part of the views or swimming in the shallows to cool off from the beaming heat. One of Greece’s most enchanting areas is Zante’s Blue Caves, located on the island’s northern tip and showcasing outstanding natural beauty. Embark on a glass-bottomed boat tour for an underwater view on your way to the caves – but that’s just the beginning. The caves are a succession of inlets sunk below the cliffs and as the afternoon sun reflects off the water, the white cave walls illuminate patterns in every conceivable shade of blue to create a mesmerising kaleidoscopic effect. While kayaks and boats are the best way to observe the caves, strong swimmers and experienced divers can admire the beauty from under the surface.

An equally stunning oasis of blue awaits in Malta also only accessible by boat. The world-famous Blue Lagoon is a gorgeous natural pool that has been described as paradise on Earth as well as being the island’s top attraction. Partially rocky but with a sandy ocean floor, the beach is ideal for families and kids, couples and friends, whether they’re looking to relax or seeking exciting adventures. Snorkel, kayak or even go on a banana boat ride for some aquatic fun or even walk a little further afield to the Crystal Lagoon which is exactly as majestic as its name suggests.

There’s nothing like soaking up a little culture on holiday, and Greece’s glorious history can be found around every corner. Rhodes, one of the most popular islands for a Greek holiday, boasts incredible charm with its UNESCO Old Town being the shining star. The majestic walled town is located on the north end of the island and boasts a harmonious blend of the traditional and modern, inviting visitors to lose themselves among the narrow, car-free cobbled streets to discover medieval fortresses, ancient temples and fascinating castles.

The Maltese capital certainly gives Rhodes a run for its money, and, is similarly and deservedly, a UNESCO World Heritage Site. Watch the baroque charm come to life before your eyes as the Mediterranean sunshine gives the city a glow that illuminates the ancient honey-coloured buildings and walls. Malta’s greatest treasure is undoubtedly St. John’s Co-Cathedral which boasts regal craftmanship alongside its beautiful decorative works from marble statues and golden ornaments, to its elaborate stonework flooring and ornately designed ceiling. Other cultural must-sees include the National Museum of Fine Arts with works spanning the last 500 years, and Casa Rocca Piccola which is a beautiful example of 16th century architecture.

…Crete’s long summers, soak up the sun in Mellieha Bay

The Mediterranean climate is one of life’s greatest pleasures, boasting balmy weather, cool breeze from the sea and delightful sunshine that gives the landscape a warm glow. Crete is no exception to the rule, boasting the longest summers in Greece which is the perfect pair to the gorgeous sandy beaches and picturesque harbours. The impressive mountains and dream-like villages on the green hillsides thrive under the summer sunshine, making the vibrant colours pop across the landscape and the striking vegetation appear even more lush.

Malta takes pride of place in the centre of the Mediterranean, and its climate is strongly influenced by the sea. Pleasantly warm days occupy the summer months with a daily average of around 12 hours of sunshine a day, best utilised on the sensational Mellieha Bay. The area is situated in one of the most picturesque and charming areas in the north of Malta with an unspoilt shoreline and home to the largest sandy beach on the island. You’ve never had a sunbathing experience until you’ve visited Mellieha Bay.

There’s nothing quite like Grecian traditionalism whether that’s embodied by its fascinating ancient history or an authentic village away from the main tourist areas. Embracing the charm of historical sites and locally-run tavernas is a perfect pastime in Greece – and the same goes for Malta. Marsaxlokk is just as interesting as the name itself and is one of the smallest villages on the island but packing a mighty punch when it comes to authentic Maltese experiences off the beaten track.

Who says you have to stay put? One of the biggest draws to Greece is the ease of island hopping, visiting multiple destinations in one trip that are separated by just a matter of hours. Malta provides that dual-destination opportunity also, allowing you to pair your adventure with a day trip to Gozo, Malta’s sister island. Crystal-clear waters are found in beaches all over the island while the entire archipelago is surrounded by myths and mystery, adding to its elusive beauty. This picture-perfect location is certain to set your Maltese escape over the edge.

Now on to the best part of a holiday – the food! Greek cuisine is one of life’s greatest pleasures, focusing largely on fresh produce and natural flavours. Vegetables, olive oil, fresh fish and grilled meats are among the staples, often served alongside a classic Greek salad and authentic dips such as taramasalata and tzatziki. While Maltese cuisine is more rustic and seasonal with the likes of lumpuki pie (fish pie), bragioli (beef olives) and kapunta (ratatouille), the two locations share some similarities that are positive to please your palate. Rabbit stew and handmade pastries tick the boxes for both countries, as well as plenty of local wines to wash it down with.

No-one loves Greece quite like we do but Malta has our heart too – and soon it will have yours. So, how about switching it up this summer and visiting somewhere new? We promise it has just as much charm, culture, sun, sea and sand as your favourite island and trust us, one trip to Malta certainly won’t be your last… 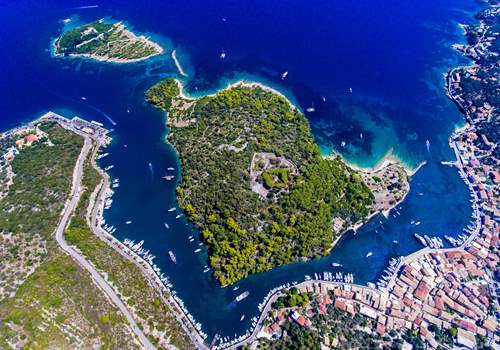 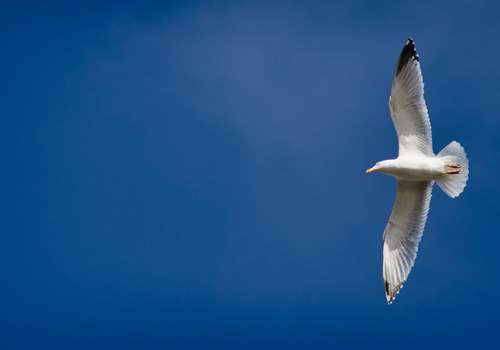 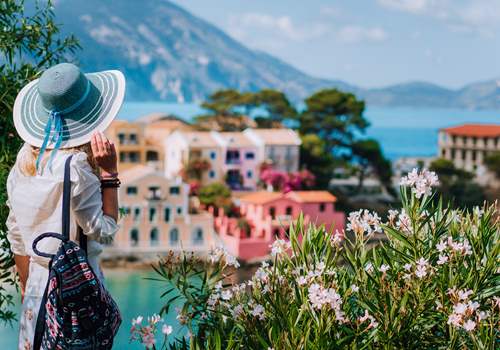