One Billion Years BC, Hitchhiker's Guide to the Galaxy, Planet of the Apes and Clash of the Titans were all ﬁlmed in the Valley of Ucanca, in Teide National Park, Tenerife.

It’s an inter-planetary, extraordinary experience to climb the dormant volcano so take a tour (or consider a 90-minute drive from the capital, Santa Cruz de Tenerife) on a road which zig-zags through vineyards and into laurel woodlands.

On the ascent, the temperature drops one degree every 150 metres and at 1,500 metres, the Canary Island pine trees catch the clouds and the journey continues through a swirling mist.

At 1,750 metres, it’s a heavenly experience to emerge above the clouds and be welcomed by sunshine and clear blue skies.

Blink again and you arrive in the Valley of Ucanca, a reddish-gold desert where cacti bed into the lava rock that has formed into gigantic, freakish shapes. No wonder it’s so popular with film directors.

Mount Teide is a UNESCO World Heritage Site so numbers visiting the 3,500-metre summit are limited.  Buy your ticket online in advance for the Mount Teide Cable Car.  It takes eight minutes to make the sharp ascent – and expect to step out into zero degrees.

That’s not the only thing to get your head round as you look down into the 18-kilometre-diameter Las Cañadas crater – it’s probably the nearest most humans can get to a moonscape. Choose one of three paths to climb another 200 metres to the peak. Don’t rush. Take a breather to appreciate the 360-degree panorama, and reﬂect on the fact that only 10 per cent of Tenerife is above sea level.

The descent is no anti-climax as the desert plain offers plenty more walking (and some scrambling) around the rock formations. The Roques de Garcia look like giant melted candles, survivors of the cataclysmic landslip that created the caldera. Allow time to explore the glistening black, blue and green volcanic landscape with its extraordinary plant life.

It’s always good to hire a guide via your hotel for a gentle stroll or strenuous hike.

From Top Athletes to Stargazers

Top athletes train here, and the likes of Sir Bradley Wiggins and the Brownlee brothers have all found the warmth, altitude, gradients (and peace) of the National Park conducive to their race preparation.

Stargazers, too, are drawn to this lonely place where they can enjoy the clear night skies. Watching the sun go down from Mount Teide is a magical experience, best followed by an astronomy session to complete a truly out-of-this-world day. With almost no light pollution to get in the way, an expert will show you the North Star, Venus, numerous constellations and the occasional shooting star. 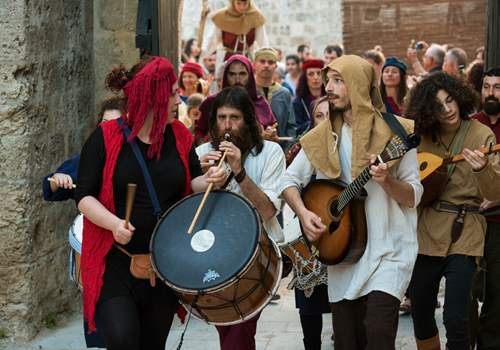