Wines to try on your next trip to Greece and Cyprus

Greek and Cypriot wines are still undiscovered by the world. Explore their history, taste their juice and learn more about wine production in Greece and Cyprus.

Greeks are famous wine lovers and have a long history of producing wine in their country. The island of Crete has been proven to be one of the first areas in which people cultivated the art of winemaking. Wine production slowly spread from Crete to other Greek islands and to mainland Greece.

Greek and Cypriot wines have been made for millennia, going back to antiquity. The islands of Santorini and Rhodes are well-known for their vineyards, which produce the Assyrtiko varietal of wine. They also typically grow the Malvasia grape, a white variety used in the dessert wine Commandaria.

The Mediterranean climate of Greece means that the area has a lot of sunny days, which is ideal for growing grapes. The Aegean Sea also moderates temperatures in the area during the winter months, meaning that it rarely drops below freezing.

What are Greek and Cypriot Wines?

If you're looking for wines with a touch of the exotic and taste great in the sun, then Greek and Cypriot wines might be what you're looking for. There's something very different about these wines. They can be light and refreshing but also quite complex. The best way to get a feel for all the different types of wine is to try them for yourself!

While Greek cuisine is most commonly associated with the Mediterranean basin and its islands, its fine wines do not fall short of the international acclaim earned by other products labelled “Made-in-Greece.” The beautiful landscapes and wide assortment of ingredients found in Greece have attracted wine connoisseurs to this enchanting land, which many consider the ‘cradle' of winemaking.

As you can imagine a country with so much history and tradition like Greece has a lot to offer when it comes to wine. We're not only talking about the most known varieties of white wines such as Retsina and Malagousia - the Greek vineyards and wineries are producing excellent quality products exported worldwide. Greek wines are usually full-bodied, have intense flavours and can be dry or sweet, red or white.

You’ll learn about some of the most well-known Greek vineyards and wineries in this guide.

Ktima Gerovassiliou is one of the most well-known wineries in Greece, located in Epanomi, Macedonia, about 15 kilometres from Thessaloniki. The vineyard was established by Evangelos Gerovassiliou, who was the first person to vinify Malagousia (a white grape varietal) in commercial quantities.

Evangelos Gerovassiliou has led the winery since 1983 and favours indigenous grape varieties such as Malagousia and Assyrtiko. These grapes thrive in theregion's warm, dry climate, often referred to as "the lungs" of Thessaloniki. In addition to producing some of Greece's best white wines, Ktima Gerovassiliou also makes an excellent red blend of Syrah, Merlot, Grenache Noirand Cabernet Sauvignon. While Ktima has received international recognition for its wines, they're mostly consumed domestically.

Semeli, the goddess of wine and fertility, is the namesake of this winery, created in 1990. The Semeli Winery was founded by Yiannis Paraskevopoulos, a famous Greek oenologist and viticulturist. Yiannis is considered an expert on cultivating grapes in northern Greece.

The Semeli Winery is located on the foothills of Mount Olympus and produces wines from both indigenous Greek grapes and international varieties. One of their most popular wines is the Semeli Sauvignon Blanc which offers flavours of lemon, grapefruit, pear, pineapple, and honeydew. Another popular wine is the Chardonnay made with fruit from 80-year-old vines aged 9 months in French oak barrels.

The Semeli Winery received the Greek Wine Prize for Merlot in 2014 and 2015, with their Sauvignon Blanc taking first place at the International Wine Challenge in 2013. Their wines are crisp and refreshing, making them a perfect match for summertime. Semeli Winery’s Chardonnay won a gold medal at the Chardonnay du Monde in France in 2016.

Santorini is one of the most popular tourist destinations in Greece and the picturesque village of Pyrgos is no exception. The island is home to some of the best vineyards and wineries in the country including Gaia Wines (Thalassitis), where you can tour the winery and sample their wine with a view of the Aegean Sea.

Gaia Wines, located in Pyrgos Kallistis, has been producing its famous Thalassitis wine since 1994. This estate-bottled dry white wine is made from 100% Assyrtiko grapes and is rich in minerals with balanced acidity.

Domaine Porto Carras is a Greek winery located in the Halkidiki peninsula of Macedonia, known for its dramatic coastline and delicious cuisine. The winery specialises in Malagousia a white grape variety native to Greece with a light yellow colour and  hints of green.Its aromas are intense and juicy with notes of grapefruit, peach, and apple mixed with tropical fruits like pineapple and mango. Its flavour is full and rounded, with fresh acidity on the palate.

The winery also makes fine Chardonnay, Sauvignon Blanc, Merlot, and Cabernet Sauvignon. The vineyards are located near the sea — a fact you can taste in its crisp wines.

Domaine Skouras is known for its Moscofilero, a light-bodied white wine produced from grapes grown in Peloponnese. Aromatically reminiscent of springtime blossoms, it has a pale gold hue and subtle flavours of citrus fruit and jasmine flowers. The winery also produces an intense Cabernet Sauvignon from the same area.

Ktima Tselepos was founded in 1984 when Apostolos Tselepos decided to leave his previous career as a lawyer behind and pursue his passion for winemaking. The estate produces both red and white wines, and they have been recognised worldwide for their excellent quality. A visit to Ktima Tselepos puts you at the centre of a beautiful vineyard in the middle of Arcadia—the perfect backdrop for any photoshoot!

These two types of grapes have been cultivated since ancient times and are known for their strong flavours with hints of cherry or raspberry. They are typically blended to create Mavrotragano Wines but they can also be bottled separately as single-varietal wines such as Mavrodaphne Sweet Red Wine or Mavrotragano Dry Red Wine. Combining these two varieties results in an amazing wine that will make your mouth water.

Cypriot wine is a historic gift of nature.  The selection of Cypriot wines is diverse but at the same time limited. And that's because of the unique environment which brings exceptional wines compared to the rest of the Mediterranean countries.

Cyprus has a long history of winemaking. The island was one of the first places to cultivate grapes for wine production globally. The oldest known evidence of winemaking dates back over 4,000 years ago in Cyprus!

Although Cyprus is one of the oldest wine-producing regions globally, it only gained international recognition for its wines in the late 20th century.  As more and more people discover the Mediterranean island's unique blends, Cypriot wines are becoming a staple in wine cellars worldwide. Here are some of the most popular Cypriot vineyards and wineries to visit on your next trip to Cyprus.

KEO has a network of wineries across Cyprus however if you're visiting Limassol be sure to make time to tour the company's main vineyard to see where they've been making wine since 1947. Afterwards sample some of their newest vintages at the visitors centre overlooking the Mediterranean Sea.

Located in Erimi Tsiakkas winery is owned and operated by a family passionate about oenology. The vineyard has been around since the 1970s however  it was only recently that they began to produce wines as part of their operations.  Tsiakkas’ varieties are mostly local including Xynisteri, Maratheftiko, and Mavro. You can find their wines in almost every restaurant or taverna in Cyprus.

The company has six locations on the island and each produces different types of wine. One such location is Tsiakkas Harambelos Winery, which creates white varietals from Xynisteri grapes grown at high altitudes on steep hillsides.

The Cyprus Wine Museum is a cultural centre located in the heart of Erimi, a village famous for its wine and wine-making heritage. The museum offers visitors a unique opportunity to learn about the tradition and history of winemaking in Cyprus and the modern techniques to produce the island's most popular wines.

The museum features exhibits on traditional winemaking equipment such as old presses and barrels and modern equipment adapted for use with native grape varieties like Xynisteri and Maratheftiko. There is also a small shop where visitors can purchase bottles of wine produced at the museum's vineyards, located about eight kilometres away in the village of Omodos.

The family run winery at Omodos also offers tours and tastings allowing visitors to learn more about Cypriot winemaking while sampling some of their products. The tour includes visiting one of the family’s vineyards where they grow native and imported grape varieties, including Cabernet Sauvignon and Merlot. Visitors will learn how grapes are harvested and pressed into juice before fermenting into wine. They will also have the opportunity to taste wines made from native and non-native grape varieties.

The interior design of this family-run business is just as impressive as their wines. The large, modern tasting room sits on top of an ancient underground cellar that dates back to the Byzantine era. This cellar was built by monks 1,000 years ago. The tour includes viewing some of Zambartas Winery’s  old winemaking equipment and historical artefacts found on sites such as ancient vessels, jars, and clay pots.

The winery specialises in red wines and most of its grapes are grown in the family's vineyard on Lofou Mountain. The grapes are cultivated under organic conditions (no artificial pesticides or fertilisers are used) hence you can enjoy all of Zambartas' wines guilt-free. Zambartas’  wines are made from indigenous varietals including the popular Maratheftiko grape. They have eight different types of red wine including a dry red and a sweet rosé.

The Mesaochori area in Paphos is the perfect setting for this modern winery established in 1998. With a strong focus on producing premium wines (and having won several awards), Mesogi with their unique soil and climate strive to grow high quality grapes.

Visitors can tour the facilities, sample the wines and enjoy pairing them with traditional Cypriot delicacies like halloumi, olives, and more.

Family run Panayiotis Vineyards has become a major player in the Cypriot wine industry and their wines have been enjoyed by Queen Elizabeth II.  . The vineyard  offers two reds, two whites, a rose, and a mead (honey wine). Panayiotis’ reds are classic Cypriot wines(a Cabernet Sauvignon and maratheftiko) and their whites are known as "the king of Cyprus wines."

The vineyard is located in the village of Erimi in Limassol where visitors can experience both of the family's restaurants. Panayiotis also offers tours to taste their wines for a small fee. The vineyard ship globally nonetheless you must order an entire case at once to qualify for international shipping.

You have to try some of these Greek and Cypriot wines to find out if you like them. There are so many varieties  of  wines that are made in Greece and Cyprus that you might discover a wine or a vineyard in the Aegean Sea that you didn't know about. Who knows, you might end up liking one and becoming a fan!

And if you are looking to take your summer party planning to the next level and host a Greek-themed party, keep the guide above close by and be sure to order yourself some large wine barrels. Follow the links provided in the guide above to discover more facts about Greek wines and their vineyards. 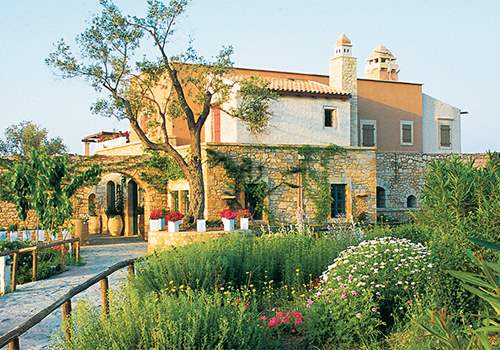 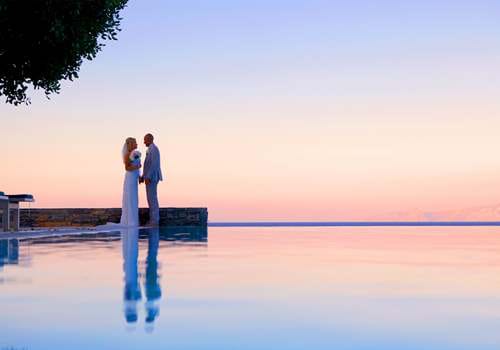 Watch romance come alive on Cyprus, the island of love 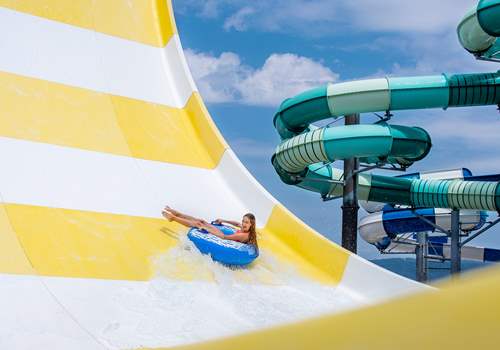