At Olympic Holidays we love a few fun facts about our holiday destinations – so did you know Greece is thought to have more grazing goats than any other European nation? It also accounts for almost half the EU’s production of goats’ milk.

You’ll surely want to explore the lovely countryside during your holiday and that probably means meeting some of Greece’s most distinctive characters – the goats. In fields, on hillsides or crossing roads with little regard for traffic, with about five million in the country they are hard to miss.

On Kefalonia even your sunbathing may be monitored by goats on the cliffs overlooking beautiful Myrtos Beach – the island’s population includes a unique, short-legged breed – and you may meet them wandering the countryside around Skala.

The goats’ milk, cheese and meat naturally feature strongly in Greek cuisine, with a stew especially popular in the Peloponnese, and if you take a ‘foodie’ trip to somewhere like Kefalonia’s Gentilini vineyard you’ll be offered soft goats’ cheese and fresh bread to savour with your wine.

Among popular breeds the thick hair of the tough, sword-horned little Vlahiki has traditionally been used to make bed covers, while better for milking is the heavier Skopelos – spot its upright, spiral horns and smooth coat, often with large, white dots.

The mainly black, short-haired Karystos has more angled horns, and in the mountainous Fokida area of the mainland a large breed with long, thin, horns is known as Barbatsiki, or bearded, for obvious reasons.

Perhaps the country’s most iconic goat, however, is Crete’s rare Kri-kri, which leaps with amazing agility through the towering Samaria Gorge.

Depicted on a number of ancient artefacts discovered by archaeologists, the Kri-kri population dropped below 200 in the 1960s – partly because the meat became vital to resistance fighters during the Second World War – and has recovered to only about 2,000.

The Kri-kri is elusive, but if you tackle any of the 13 km gorge, look out for a medium-sized animal, swept-back horns and a light-brown coat with a dark streak on the back and neck. Similar goats live wild on Gioura island in the Sporades and it is thought that, like the Kri-kri, they are descended from once-domesticated herds that turned feral.

Goats are also central to St George’s Day celebrations in late April at the Cretan village of Asi Gonia, in the Apokoronas region, when farmers bring livestock, bearing traditional ‘leria’ bells, to be blessed at the church of St George ‘Galatas’ (‘milkman’). They then milk the herds and women in traditional costume distribute the milk. 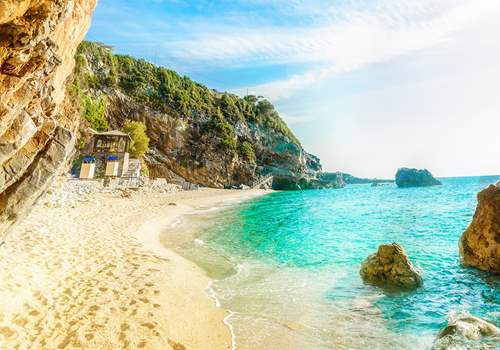 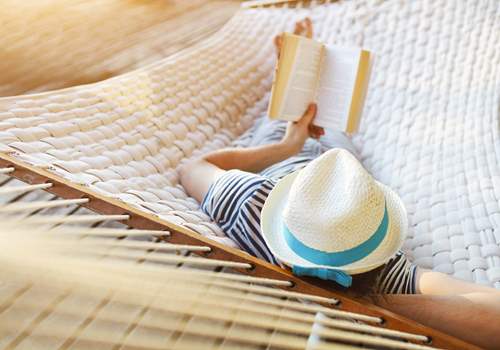 Transport yourself to Greece with Olympic Holidays’ favourite book list #2 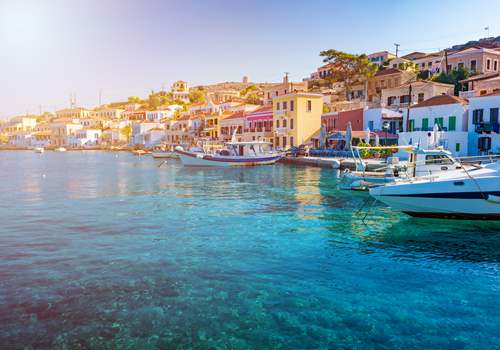 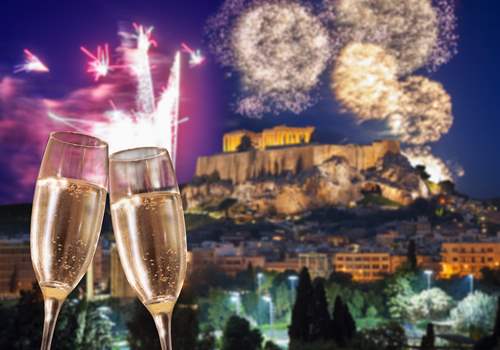