Syros at a glance

You can see why Syros is known as the Queen of the Aegean as the ferry sails into Hermoupolis harbour. The capital of this Cycladic island is a jewel fit for royalty – and provides an enchanting welcome for visitors.

White houses cascade down hillsides, one that is topped with an ancient cathedral the other with a huge, blue-domed church. It’s a busy town bursting with atmosphere created by narrow lanes, stylish neoclassical buildings, shops and tavernas tucked away in winding cobblestone alleys and steep stairways.

The shining heart of this charming town is a grand square paved in marble, fringed with palm trees and cafes and with a central staircase to an imposing town hall and archaeological museum. Nearby are marble paved streets and courtyards crammed with restaurants, bars and boutiques that really burst with life in the evenings.

Syros is an island of many parts. Popular resorts spread around the sand and shingle beaches and coves on the south and west coast. One of the best is Galissas, a family-friendly crescent of tree-lined sand with enough tavernas, bars and shops to keep everyone happy. It’s only five miles from the capital and half an hour on the bus.

Galissas beach is one of half-a-dozen Blue Flag beaches, a euro-rating based on cleanliness and good facilities. At least another 20 beaches are scattered around the coast.   The north is dominated by rocky mountains where it is said there are more goats than people. It can be explored by car, mountain bike or on foot.

But tourism is not this affluent island’s only interest. Shipbuilding, horticulture and the manufacture of delicious loukoumi, a Greek version of Turkish delight, are among other businesses.

Are there ATM cash machines on Syros?

Yes, in Hermoupolis, the capital and main port. There are several banks and about 10 ATMs. Most businesses on this busy island will accept cards but some tavernas will want cash. Best to ask first.

Who was Miaouli Square named after?

Andreas Vokes Miaouli was a wealthy merchant seaman who led the Greek naval force against the Turks in the Greek War of Independence in the 19th century. There is a flag-decked statue of the stern-faced hero in the centre of Miaouli Square in Hermoupolis. He poured much of his personal fortune into the struggle that went on for the best part of a decade. The first King of Greece, King Otho, made him an admiral.

Are there any museums in Syros?

There are at least eight museums and art galleries in Hermoupolis. They include the Industrial Museum which has an electric car from the 1970s;  the Archaeological Museum with relics going back more than 4,000 years; fascinating Ano Syros Municipality Museum that houses household goods, clothes and instruments; the tombs, mausoleums and beautifully decorated headstones at the Cemetery of Aghios Georgios which have led to it being described as an open-air museum. 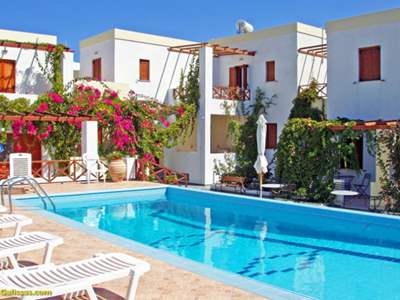 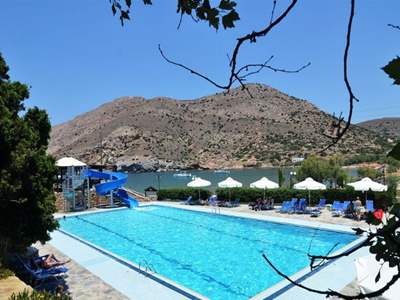 The sun beams down from the perfect blue sky for between 10 and 14 hours a day between May and September and only tiny amounts of rain will fall. The maximum average temperatures in June, July and August are in the high 20s, slightly subdued by the afternoon meltemi winds.

The sea stays warm enough for swimming in October. You may need to wear something with sleeves if eating outside in May and early June or late September and October.

Syros is known to be an island of festivals – and there are a lot held in the summer. From May to October the island uses some of its beautiful neoclassical buildings and churches to stage an almost non-stop series of concerts, theatre performances, dancing, exhibitions, workshops and children’s activities.

There’s a youth dance festival in May and choral and tango festivals in June. July sees the Festival of the Aegean devoted to opera and other festivals for film, dance, guitars, accordions and rebetiko, a Greek blues music made famous by Syros-born bouzouki player Markos Vamvakaris. August is the month for classical music, video art, installations and performance and organ music from a hilltop cathedral overlooking the Aegean Sea. In September there are festivals devoted to animation and urban art, such as graffiti, supported by music and theatre performances.

The Syrathon, a triathlon sports event held in June, sees athletes of all ages taking part in swimming, cycling and running races.  The Syros City Trial, when hundreds race around the heritage sites of Hermoupolis, is staged in September.

Taxi: Taxi firms are based in Hermoupolis and at Syros Airport and provide cover for the whole the island. Cabs can be booked online or by phone.

Bus: The blue and white KTEL buses run out of Hermoupolis and provide a frequent summer service that loops around the southern part of the island and stops at all the main beaches until it reaches Galissas on the west coast.  A separate service goes to delightful Kini, a resort further up the west coast. The bus station is near Hermoupolis harbour.

Car Hire: Cars, scooters and cycles can all be rented. There are numerous rental businesses in Hermoupolis and the main resorts.  Good roads connect Hermoupolis, the capital and main port on the east coast, with the resorts and villages of Syros. With three mountains crammed into this 10-mile long island it’s no surprise that some of the roads get very steep and winding, especially those in the north. Access to the main resort areas in the south and south-west is more straightforward.