Launch pad of the biggest sporting event in history

Run in the footsteps of Ancient Greek athletes, sit on the grassy banks where for a thousand years sports fans cheered the games for the gods (see our article on Greek Gods), marvel at the ruins of the massive Temple of Zeus, revel in the lush splendour of a world-famous historic setting.

Olympia is still the place where the Olympic torch is lit for each Olympic Games. The torch for the 2020 Olympic Games will be lit there on 19 March and carried to Japan, reaching the Tokyo stadium on 24 July.

It began about 3,000 years ago when the first, low-key games were held at Olympia. It was a time when people worshipped Zeus, the father of the gods, so the games were held in his honour.  It was also a time when various states in that part of the world were at war.

Leaders saw the games as a chance for peace, so they launched the events which became the Olympic Games.  Truces were called when the games were held so competitors, fans and organisers could travel without fear of being attacked.

Corinth held games in honour of sea god Poseidon, Delphi for Apollo, god of light, and Olympia and Nemea (near Nafplio) for Zeus. It was said the gods chose the winners and their winged servant Nike – not the brand, but the goddess of victory – delivered the winners’ rewards.  They were more than sporting events. Festivals were held, business deals done, efforts made to negotiate ends to political squabbles and violent conflicts.

Olympia’s games lasted five days (the fifth was for victory celebrations). Running, jumping, wrestling, boxing, discus and javelin throwing, horse races and chariot racing was held. Thousands of men spectated but women and slaves weren’t had to watch from a neighbouring hill.

Only Greek, and later Roman, men participated. Athletes competed in the nude, their bodies covered in olive oil and sand.  Gold, silver and bronze medals were won.

The superstars of the games became wealthy. Statues were made of champions who were feted by their towns.  Sponsorship deals were done. The cult of celebrity had begun.

The first recorded games were in 776 BC. More than 1,100 years later, in AD 394, the Romans stopped the games and tried to wreck the buildings in a purge against pagan festivals.

The breath-taking moment comes for visitors when they walk under a stone arch and into the spectacular stadium, a large rectangular stone sports field surrounded by forested hills and grassy banks where the 40,000 spectators would have sat. The stones depicting the start and finishing lines are still there to be used by today’s visitors who, young and old, stage their own mini-games.

You get a sense of the glory of Olympia as you walk down the hill into the site. What’s there was built more than two millennia ago. Earthquakes and floods had a go at what the destructive Romans left behind, and the area was covered in silt.

It is still clear that this was a grand Olympic sanctuary built to honour the gods. The gymnasiums, training schools, accommodation blocks, administration buildings, treasuries, storehouses, priests’ houses and temples were all built in stone and marble, no expense spared.

The spectacular centrepiece is still the Temple to Zeus. When it was built in the 5th century BC it was more than 200 ft long and almost 70 ft high and contained a 40 ft tall statue to Zeus, one of the Seven Wonders of the Ancient World. One of the many imposing columns that supported the building has been reconstructed to provide a sense of scale.

There are helpful information panels across the site.

A fantastic model in the museum shows how Olympia looked, the fine buildings decorated and statues and fountains lining the stone paths. Many of those statues and decorations, including magnificent figures from the Temple of Zeus, were recovered from the ruins and are now brilliantly displayed in the museum.

Many of the artefacts from pre-history to the Romans that were unearthed by archaeologists are there. So is a white-marble statues of Hermes holding baby Dionysus, said to be one of the greatest statues of all time, and a figure of Nike.

Either go to the museum before visiting the site to get a better understanding of what you are about to seen or go there afterwards to put it all into context.

Although it caters for the thousands who flock to Olympia this small, compact town handles it well. It’s only a short walk from the ancient site and is packed with restaurants, tavernas, cafes and shops. Prices are reasonable, the streets are leafy, there are some shady riverside walks – just right to help you recover. 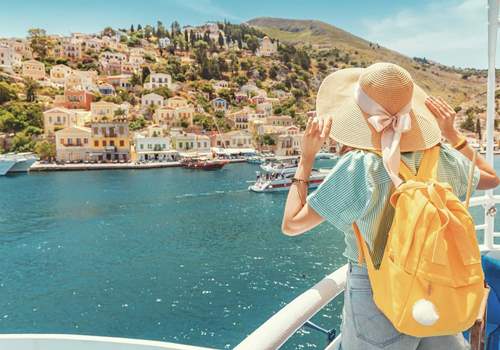 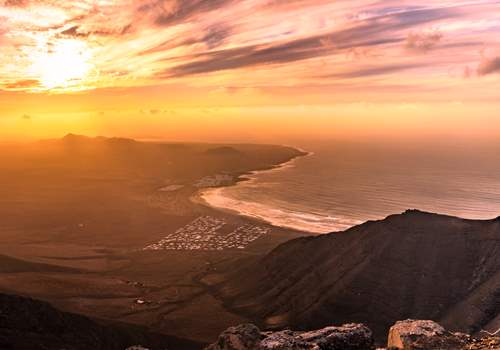